Agency Reinvention and Positioning for Adaptation

Just last week I wrote about the need for constant agency evolution, and it will be a recurring theme on this blog because it is so important for agencies. I looked at the articles in my news feed before I sat down to write this, and it’s incredible how many of them are about some sort of agency reinvention.

For example, Fast Company just published an article about how “The Future of Ad Agencies Might Not Be Advertising At All,” featuring R/GA chairman and CEO Bob Greenberg. R/GA started as a filmmaking company in 1977. Now they do ad work, business consulting, design, ventures, and more.

R/GA has survived and will likely continue to survive because they consider “self-disruption [to be] a key business operating principle…” They never consider their company to be fully baked; rather, says Greenberg, “...we like to say we’re always a work in progress.” It surely doesn’t hurt that the name R/GA is flexible enough to fit their various incarnations.

Never think of your agency as fully baked

Tip: If your agency name has the words “advertising,” “digital,” “marketing,” or even “agency” in it, think about whether it's possible you might outgrow it in the life of your business.

Even in our own business here at The Duval Partnership, we state on our website that we “work exclusively with agencies,” and in various iterations that has appeared as “creative agencies,” “advertising agencies,” or other variants. In fact, some firms we work with don't consider themselves agencies at all, particularly the more tech-oriented ones.

How do you name and position your agency for a future you can’t yet conceive?

We explored agency positioning from an SEO standpoint in an earlier post here, and the new business impact of non-traditional agency names here. Beyond those considerations, how do you a) pick a name that is built to withstand constant change over decades, and/or b) create a safeguard to evaluate the point at which your name and positioning is no longer serving you, or worse, possibly hurting you?

These are simple enough concepts, but the task of reevaluation is easily lost between the cracks; either forgotten amid day-to-day scrambles or else it gets technically done without the task being accomplished because it's not done from the right perspective. Sometimes we are simply too close to something to see it with a fresh view, and that frequently happens with agency positioning (as we've explored here).

What does it mean to be an agency anymore? Should you even aim to be one?

A few weeks ago, Patrick Coffee asked (in Adweek), “Should Ad Agencies Even Be Called Ad Agencies Anymore?” In it, he references recent industry events with titles like: “Is the Agency of the Future Still an Agency?” and “Advertising Needs a Rebrand.” It seems people aren’t just talking about individual agency positioning, but perhaps whether the advertising industry as a whole needs a revamp. 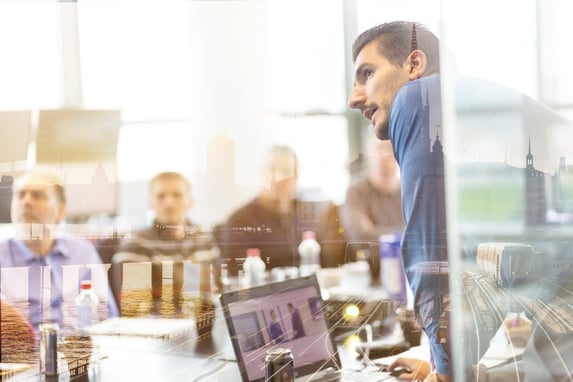 Apparently, consultancies and creatives alike are dissatisfied with the words “advertising” and “agency.” It’s not surprising, given that these terms each have their own baggage, and they seem inadequate at capturing everything their businesses actually do.

In fact, Winston Binch of Deutsch North America is quoted in the article saying, “Let's stop calling ourselves ad agencies, because advertising is such a small part of what we do.” He goes on to say, “I love advertising, but maybe we should think about the semantics more.”

It’s not just the word “advertising” that is in question. Jack Bamberger of Oath points out that “...using ‘agency’ to describe marketing organizations of all shapes and sizes causes confusion,” (Adweek). Not least of all, I would add, because there are so many other types of agencies that have nothing to do with marketing (travel, government, insurance, for example). Advertising industry insiders tend to conceive of “agency” as language that they own, but looking at Google search terms and user intent can quickly disabuse one of that notion. The truth is that agency positioning is not always as clear or as compelling as we may think it is. 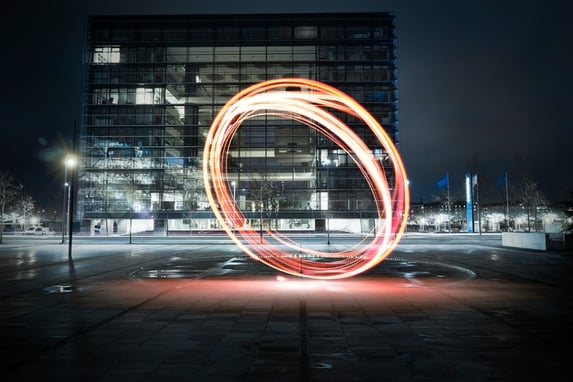 What does this mean for your agency’s name and how you position your agency? Should you stop calling yourself an advertising agency? Wait for it to become trendy again? There is no one right answer, but the questions are worth considering.

Are you selling your agency short and losing opportunities you aren’t even aware of because you aren’t asking the right questions about your business and scrutinizing the right things, from the right perspective? It’s entirely possible.

Agency name to be determined

Here’s a good example of how one agency named and positioned itself with an eye toward the long view. Adweek just covered a newly-launched creative agency in San Francisco that calls itself TBD, a nod to its “philosophy of continual evolution” and adaptability. Says one of TBD’s founders, Jordan Warren:

Clever positioning. But is it even more? Adweek’s headline says TBD aims to disrupt the agency model. According to another of its three founders, Virginia Wang, TBD came about to close the “gap between innovation vision and its realized impact.” She continues, “Business strategy is too often separated from creative strategy, and the translation between these can be extremely difficult...”

Certainly, agencies have work to do when it comes to tying creative to business results. (Yes, that’s pretty. And so what??!) TBD’s reason for being seems a clear response to the dynamics that invited business consultants into the advertising arena, and it’s smart.

R/GA is 40 years old, while TBD is brand spanking new. Nevertheless, like R/GA, TBD is baking adaptation into their agency’s business model. Not only are they planning for it, but both agencies are positioned to use it to their advantage.

What can your agency do to capitalize on the constant winds of change?