How Not to Waste an Opportunity (Learn from Agencies’ Mistakes)

When it comes to agency new business, agency leadership is confident on one point: "just get me in the room," they say—as if that alone is the golden ticket. Based on experience, that is most definitely not enough. But why? One reason is that people often don’t have the skills to close effectively. Another is that they are approaching the interaction with the wrong mindset. And another is that they’ve failed to do their preparatory homework.

That’s not all. This post is about even more ways we’ve seen agencies waste hard-earned and covetable opportunities. Read on to learn from them and avoid making the same mistakes. 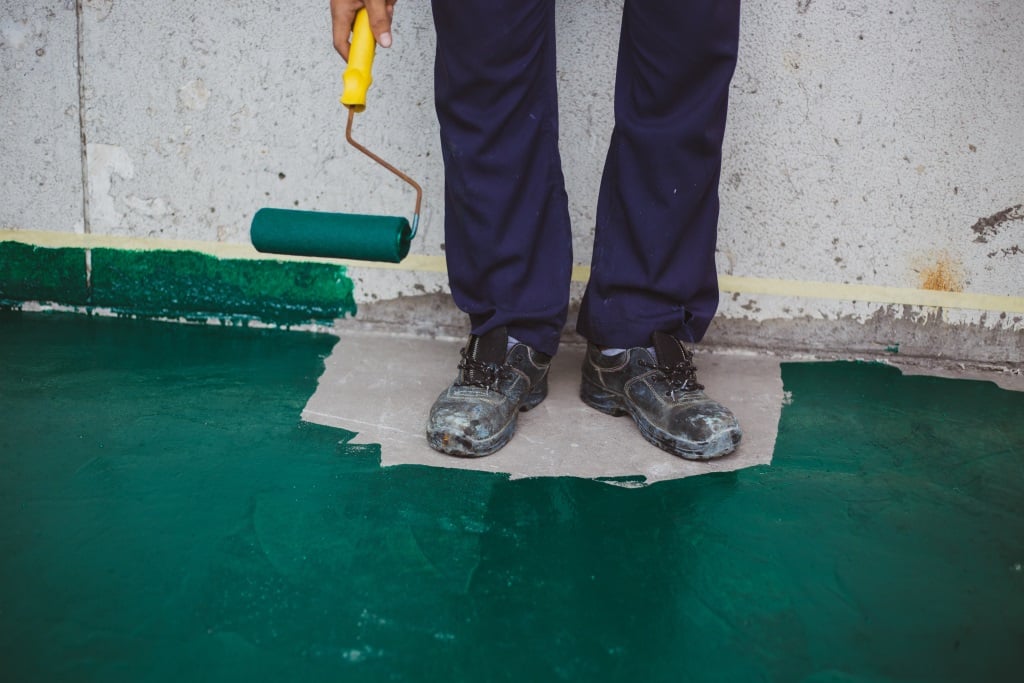 Examples of how agencies fumble opportunities:

Treating an opportunity without due importance

Don’t treat a prospect call or meeting like it’s not important. In this business, agencies nurture relationships with prospective clients for months—years even—just waiting for the stars to be aligned the right way to get a meeting. So when you get the meeting, don’t reschedule it.

Not long ago, we had a meeting with a huge retail brand that was botched on multiple fronts. First, the agency pushed it off, postponing it for a week. Then, when they took the call, their lead person called in from a public location with overwhelming background noise. Not only did it make it hard for everyone in the meeting to hear, but a less knowledgeable person was left to lead the meeting. That’s not how new business is won.

Showing a lack of care

During presentations, agencies’ lack of care and preparation shows when their deck has the wrong company or brand name. Or its misspelled. I’ve seen all of the above. It’s sloppy, and it comes from careless or rushed cutting and pasting in a reusable template. It’s not the way to make a positive impression.

You should always know who you are meeting with ahead of time. If you are attending a meeting with one person from the prospect company, don’t bring four people from your agency; it’s overkill. It can also come across as desperate. The one exception I can think of is if its a very complex sale that spans several different services that require someone knowledgeable about each service. Otherwise, it’s best to keep it proportionate.

Rigidity is something agencies should take great pains to avoid, given the current trends which reward agencies for being agile and flexible. And yet, I’ve witnessed multiple instances where an agency was unwilling or unable to step out of their comfort zone for new business. That includes an unwillingness to deal with procurement, being unwilling to follow the prospect’s engagement process, and just generally insisting on doing things their own way.

Sometimes there is room to push the envelope. But at the end of the day, if you are trying to win someone's business, you should have already done the math to determine that their business is worth having. And if that’s the case, why wouldn’t you be flexible enough to follow their process? In refusing to do so, you show the prospect what it would be like to work with you, and I highly doubt it’s an experience they’ll want to pay for. 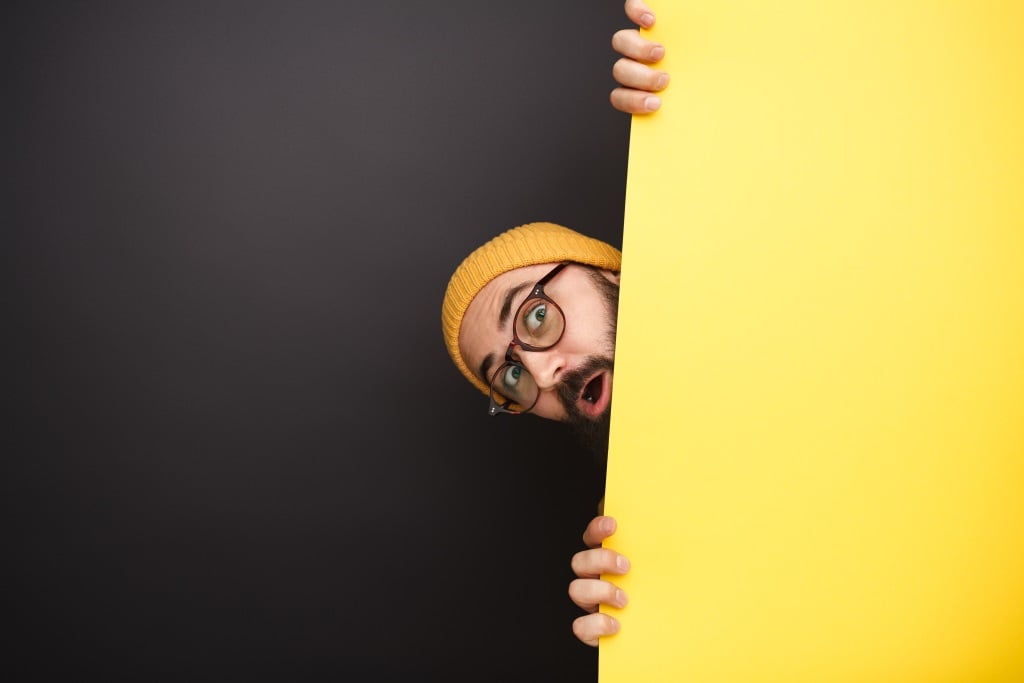 Letting your mess hang out

It’s important to present a cohesive, professional face of your agency to the outside world. Ideally, your agency is, in fact, cohesive and professional. But where it’s not, keep the curtain drawn so prospects can’t see any conflict and disarray. Particularly if you have multiple offices and freelancers in the mix, make sure to delineate roles and lines of communication so that you outwardly present as a cohesive team.

I’ve seen prospects cc’d repeatedly on communications that should have been strictly internal. I’ve seen people sign off on things that weeks later turned out not to be signed off on, because of disagreements over authority. This doesn’t instill confidence. When interacting with clients and prospects, observe professional etiquette, as well as their preferred modes of communication, frequency, and designated contacts. Get your stuff together.

Speaking to the right audience the wrong way

Miscommunication happens more often than it should. One example is when the agency is highly analytic and data-oriented, and they are meeting with creatives from the prospect company. Typically what happens is they struggle to “dumb it down” for the people in the room, and they end up making people feel left out or like it’s over their head.

It's on you to understand who is going to be in the room and figure out how to connect with them. If you don't bring someone who can translate from "geek" to "marketing," the meeting is going to be a waste of time. People don't buy what they don't understand. The same thing can happen when talking to executives in non-creative roles or talking to procurement, etc. Delivering your message effectively requires that you customize it for the recipient.

Speaking to the wrong audience

On the other hand, sometimes you’re just talking to the wrong people. What often happens is that an agency is so excited to have a meeting or a call with someone willing to listen, that they will jump at the chance without doing the proper due diligence.

The qualification process should determine not only whether the opportunity is a good fit for your agency but also who the decision-makers are. When you agree to a meeting with someone who is not the decision-maker (or a “stakeholder”), that puts you in an undesirable position. Because what happens is that you will give your presentation to someone lower on the totem pole, and then they will be responsible for delivering key takeaways to the stakeholders. So you’ve ceded your opportunity to present to stakeholders directly—and who is going to sell your agency better than you?

How well do you think someone is going to know your business after sitting through your presentation? Do you trust they will represent your agency well? Considering that most people zone out during presentations, you should have little confidence in this process. And in fact, I often recommend not participating in processes that don’t allow you to speak with decision-makers directly because it can be the kiss of death.

Unfortunately, at large companies, you sometimes have no choice; you have to play by their rules if you want a chance to win their business. If you've approached people at the senior level and they've pushed you back down to be vetted by procurement, you have to evaluate it carefully.  Are you simply being put off, or do you genuinely have a chance? If you've gone through the work to qualify the opportunity, then maybe it is worth it for your agency.

Dealing with procurement all the wrong ways

The fact is that a significant chunk of new business now goes through a process where procurement is the initial gatekeeper (and often a decision-maker or influencer through the end of the process). It’s not ideal from an agency standpoint, but then neither is the RFP / pitching process, and people still do it because it’s a means to an end.

A lot of agencies drop the ball when dealing with procurement. Firstly, it’s important to understand where they are coming from and deliver your message the way they want to receive it. They are not the C-suite. So part of your mission is to understand personality profiles; part of it is to do your background on the person you are speaking with to look for opportunities to connect. Part of it being able to follow instructions.

Secondly, when meeting with procurement, you have to understand that they are results and facts-oriented. Their role is to gather information for other stakeholders higher up the food chain. So you don’t want to give them a copy of your standard presentation (which is meant to be accompanied by you describing everything in detail in person). It won’t make any sense, and more importantly, it won’t be impactful. You need to have a specially-prepared version of your slide deck for this purpose, one that includes the key talking points that are meant to be shared with key stakeholders. Provide procurement with the information they need to evaluate your agency and the ammunition they need to go back and “sell it” to other people in their organization.

These mistakes can be summed up under one overarching theme. Chris Shumaker (who we interviewed earlier this year) described a winning strategy, which is: you need to win the opportunity at every point. It’s not just the first meeting or the last presentation. It’s at every point of communication; even the tasks that seem like hoops to jump through. It means being strategic in your approach, knowing your audience, knowing the prospect’s true pain points and purpose, and being consistent in how you present your agency and your solution at every single touchpoint. If the opportunity doesn’t matter, then don’t pursue it. If it does, then show it.