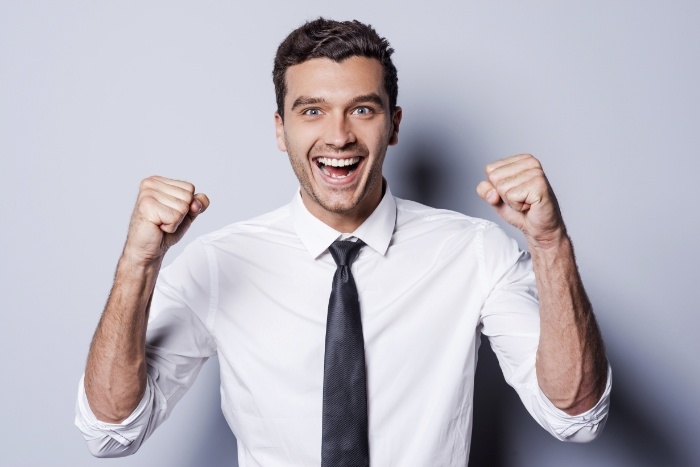 In sales, it is inevitable that you’re going to hear “no” more times than you hear “yes”. Most salespeople get discouraged and think of a “no” as something negative. You aren’t a failure, however, and “no” doesn’t have to be seen as an unfavorable outcome. Of course, we would all prefer to hear “yes”, because that means new business and more revenue, but coming to terms with “no” actually being a critical component of the sales process from pitch to close will set you up for success in the future so you’ll get to those “yes” prospects.

Is it possible that “no” is the 2nd best word in sales? Yes, and here’s why:

When you’re looking for new business, it’s all about qualifying prospects, but it’s just as important to disqualify prospects. Picture this: a 15 minute conversation where you find out that Prospect X is not the right fit for your business, or a 2 hour meeting with the same prospect followed by numerous emails and phone calls where you’re chasing them only to have them go into the perpetual cauldron of nonresponsive hopefuls. Sound familiar? Chasing bad business is, well, bad business. To avoid this sales pitfall, you need to get to the “no”, and fast.

Do you have a sales process in place? If you don’t, chances are you’ll have a hard time getting to the “no”. Without a sales process, you aren’t qualifying or disqualifying prospects. Instead, you’re racing to contact any lead you can get and eventually overshare and overwhelm, hoping that one of them will like what you have to offer. This is not an efficient way to approach new business, and is a waste of your resources. Getting to a “no” quickly is a better use of your time and money, and can be achieved by setting up a successful sales process that establishes a solid questioning strategy. Instead of wasting your time chasing bad business and unqualified leads, you can quickly move on to qualifying (or disqualifying) the next prospect that could eventually lead to that “yes” you’ve been searching for.

Another pitfall that many salespeople fall into is what is called the “free consulting game”. If you keep pushing for a sale with a prospect that isn’t qualified, you can inadvertently give away intellectual or creative advice that should be saved exclusively for your clients. In an effort to convince them to work with you, you’re actually working for them for free. That’s why it’s so crucial to disqualify them from that first conversation so you can avoid this.

It’s also important to keep in mind that a sales relationship is a two-way street. Be careful who you select to do business with: you will have to continue a working relationship with them for the unforeseeable future, and it needs to be the right fit. Getting a “no” goes both ways, sometimes it’s okay for the salesperson to say “no” too, and disqualify themselves. You’ll thank yourself later: nobody wants to work with a “bad business” client.

Everyone thinks that “no” is the worst outcome you can have in sales, but it’s actually a win. By disqualifying a prospect, you save precious time and money that can instead be spent on a qualified prospect. You don’t need to give your services away for free in an attempt to win over a lead, and by establishing a sales process and questioning strategy you can ensure that this won’t occur. Hearing the 2nd best word in sales should not be interpreted as a negative. Next time you hear it, don’t despair. In so many ways, life is a process of elimination, so take each “no” as one vital step closer to that much sought after, best word in sales.