Thought leadership is a powerful tool for new business generation — yet it continues to be out of reach for many agencies, whether due to resource challenges, planning and execution roadblocks, or simply out of a misunderstanding about what genuine thought leadership content looks like.

With the term “thought leadership” so widely misused in reference to any leader’s thoughts, our team wanted to better understand where agency leaders should be setting the bar.

We connected with Andrew Rogerson, co-founder and managing director of Grist (and a  smart, likable fellow to boot). Grist is a strategic B2B thought leadership and content marketing agency out of London that uses research-driven thought leadership as a tool to differentiate their clients and generate qualified leads. Because of their focus on fueling the sales pipeline and centering their clients’ audience of prospects and clients, Grist’s approach is synergistic with our own. 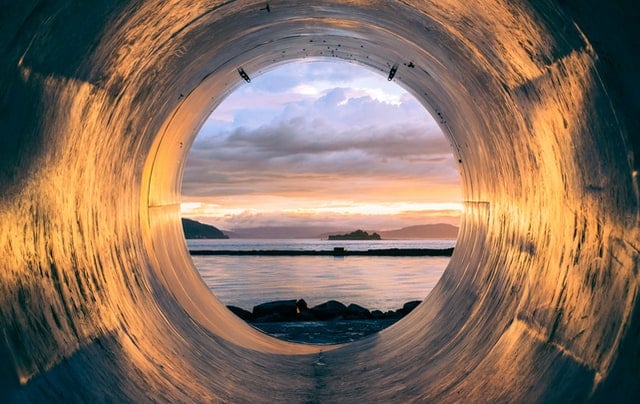 Here are a few data points to illustrate the importance of Grist’s research:

Grist's latest data on The Value of B2B Thought Leadership (collected in October 2021) can be viewed in this video. It shows 94% of senior decision-makers consider thought leadership to be either important or critical in their decision-making process (38% and 56%, respectively). Notably, the group of 56% who said it was critical represents a 16% increase over the prior data from 12 months ago. That speaks volumes about the growing importance of thought leadership.

Not only that, but the primary reason for executives to consume thought leadership is to evaluate the expertise/insight of potential advisors (60%), while decision-making enablement is secondary at 58%. This speaks to thought leadership's value in pushing prospects through the sales funnel. When thought leadership hits the mark, Grist has found that the most likely next actions taken by readers are to review the firm's vertical expertise (31%), service offerings (30%), and capabilities (29%).

Read on to see what Andrew had to say about thought leadership when we interviewed him.

How has thought leadership changed in the past decade or so?

Andrew told us about a few significant evolutions in the thought leadership space. Firstly, he says, “the goal of thought leadership used to be primarily around brand awareness, while in more recent years it's become more about lead generation.” That means that while the content needs to be focused on the opportunities and risks around key issues, it should also be connected to solutions offered by the content’s sponsor.

Secondly, the timeframe has changed. “Thought leadership used to be primarily focused on megatrends that would occur over the coming year and beyond. The pandemic changed that,” he explains, “as people sought insights that would help them in the coming three to twelve months.” In fact, Grist’s latest research shows senior decision-makers are still primarily focused on that shorter window, with 57% wanting to know about the coming months, not years.

Lastly, the delivery has changed. “It used to be that thought leadership was a report; that was the output. Today there is an entire package focused on delivery through different channels and with different formats,” says Andrew. So you might have a long version and a short version of the report, a microsite, benchmarking tools, perhaps infographics. And, of course, all of that is promoted through various campaigns and initiatives, both internally and externally.

It requires a lot of upfront design coordination to ensure each touchpoint is clear and that the top-of-funnel actions continue to lead prospects down the funnel closer to a sale. 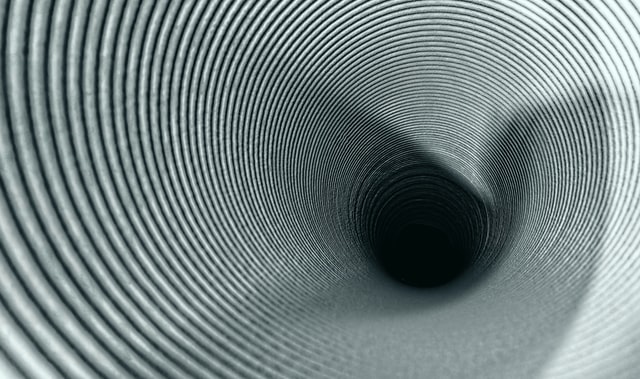 Why is it important to promote thought leadership internally?

The senior team has to be bought into the initiative as well. Andrew notes that part of the planning should be around getting them involved, ensuring that they are also talking about the thought leadership content, sharing it with their networks, and holding brown bag lunches and roundtable discussions to amplify its impact.

What should agency leaders consider when choosing a topic for thought leadership?

“One of the places we start with thought leadership is around the objective of knowing what you want to be famous for,” explains Andrew. “Often, we’ll ask an agency what they do, and they will kind of tell you that they pretty much do everything they think you might possibly want. But their thought leadership can’t do everything at once; it needs to be specific. So we need to really knuckle down with them and say, 'What does your agency really want to be famous for? What does that look like?' And it necessarily involves saying no to some things while saying yes to others.”

Great thought leadership is not a one-and-done. It's an ongoing program that could drive conversations and interest for a year and then be refreshed with updated research in the following years. So the topic should be one that your agency really wants to own and is aligned with its overarching business goals.

Similarly, don’t just think about what you want to talk to people about and how it will serve you, but also consider whether your organization is qualified to speak about your chosen topic. A perfect example is ESG values and DE&I. There are a lot of organizations interested in these topics that aren’t yet ready to be leaders on them. So it’s also about having self-awareness about whether you have the license to play in a given space.

“There’s also a lot of pressure on organizations to chase white space,” says Andrew. In other words, people are desperate to do something different, to talk about something new. But “there are very few of those different things left in the world that haven’t already been covered. And the odds are that big advisory firms like PWC or Accenture have already written a leadership report on whatever your topic is. So instead of trying to be first or best,” he says, “we should be focusing on getting in there and saying something different.”

That starts with thinking about tackling larger topics from different angles. So, Andrew asks, “there’s a big thing that’s happening in the world, but what does that mean for your clients, specifically? What does it mean for your service offering? And what’s special about how you can help your audience take advantage of emerging opportunities or avoid new risks?” After you get that strategy mapped out, as a cross-check, he says, “explore what’s already been written on the topic. Look at your competitors and see what they’ve already said so that you can be sure what you’re saying is different.” 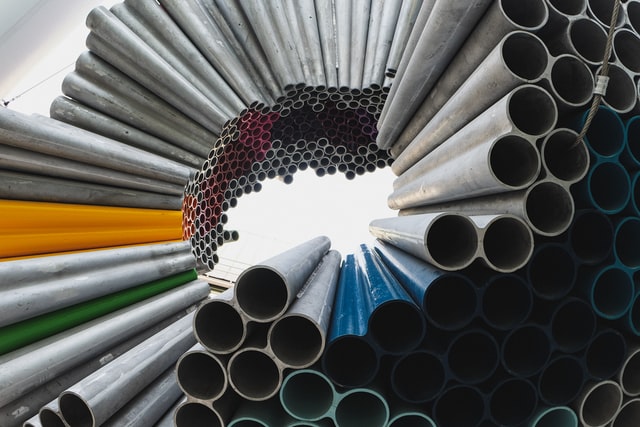 What else should agency leaders consider to create thought leadership that hits the mark?

“Decision-makers seek information that is directly relevant to them. So personalization of research has become increasingly important,” says Andrew. “Specifically, we’ve found in our latest research that 68% of executives want thought leadership that’s tailored to their sector. People want to know what others in their domain are thinking and doing, so that’s high-value to them.”

Likewise, he says, “most executives (56%) are interested in information that is tailored to their job role or function. And 46% of executives are interested in regional-specific information and thought leadership that is specific to their company size. So there are many opportunities to design a thought leadership program with that in mind. In the future, I think we’ll see that personalization get even deeper and more specific to make it hyper-relevant to our audience.”

When you talk about hitting the mark, that mark also needs to be clearly defined. Grist recently hosted a panel discussion on producing effective thought leadership, where they shared the results of their latest B2B Thought Leadership Survey. One of the panelists, Euan Davis, who is the Associate Vice President at Cognizant, spoke to the importance of starting the ideation process with consideration for what you want the thought leadership to do. What is the goal? Do you want to build brand awareness, reach journalists, or help clients and build sales? Because there is a different path required for each of those goals.

How does Grist gather data for their thought leadership content?

To be effective, thought leadership needs to contain good stuff. That good stuff, Andrew explained to us, “can’t just come from the originator, because it’s going to sound like it represents an agenda.” So, where does that good stuff come from?

“Being that Grist is a survey-based research company,” Andrew says, “we believe the survey is the best way to unearth that good stuff. And they don’t have to be massive to be valuable. Often, we’ll reach out to a pool of 500 to 600 people. But, if you are very focused on your topic and target and purpose and you find the right 100 people to survey, that can generate a lot of value too.”

But “there’s a lot of costs that come with doing surveys correctly; there are no two ways around that. Doing big survey-driven thought leadership pieces is going to be a significant chunk of any agency’s budget. But you need to look at it as an investment. For example, at Grist, we’ve done survey-based research on the value of thought leadership for nearly a decade, and we’re currently working on the fifth iteration of it. Each iteration gives us about twelve months worth of marketing activity.”

“We’ll do reports, events, roundtable discussions, PR, and speaking engagements. It’s one of the most expensive things we do; it’s the lion’s share of our budget,” says Andrew. But it’s also helped Grist build its business and acquire new customers because the research directly supports their offerings and demonstrates how it helps other businesses. “It’s a big investment,” he acknowledges. “You can’t just stick your toe in and do a little piece of thought leadership because if that’s the level of investment, it probably isn’t thought leadership.” 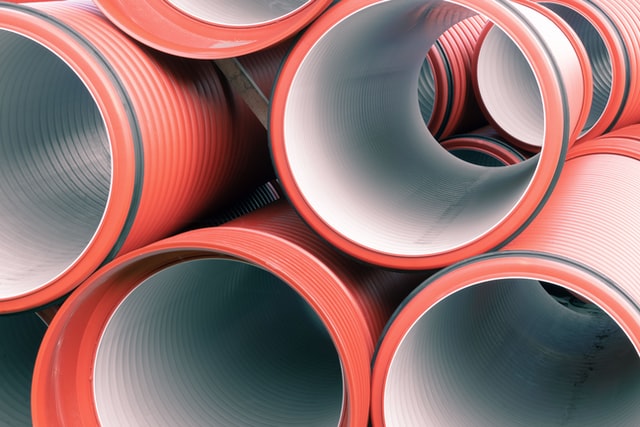 Are surveys always the way to go, or what are some other tactics?

“If you don’t have a big enough survey pool,” Andrew says, “you can do a qualitative report. That might consist of twelve deep-dive interviews, and that can lead to a great end product. The only issue with that is you don’t get the original data, so you can’t do a big press campaign over it. It means you can’t slice and dice the results to produce custom reports and infographics for the Americas versus the UK, and so on…there just isn’t enough information to support it.”

He went on to explain that you can reference other people's research to build context and support for a smaller qualitative survey. The drawback is that information is already in the public domain, making it less valuable than original data.

Another option is to do a very small-scale survey with a fast turnaround time. “Instead of taking five months to execute, we cut the time in half,” Andrew says. “So maybe you are asking half of the questions; just five instead of ten. And instead of reaching out to 500 people, you reach out to 100.”

“Obviously, this means you have to cut some corners and make some sacrifices on what you get out of it; it’s not going to result in the type of thought leadership content that will take you through a year’s worth of marketing. But in certain instances, it can be an appropriate solution. For example, if there’s a new piece of legislation and you want to do a temperature check on how people feel about it, or if you want to update a past survey and get a sense of what might have changed following a period of time or event, a mini-survey (or Fast-Track survey, as we call them at Grist) can be an ideal solution.”

There are a few takeaways we’d like our agency partners and other agency leaders to get from this interview:

With that said, we hope this plants a seed to start thinking about your agency’s next thought leadership initiative.

Andrew Rogerson is co-founder and managing director at Grist. Learn more about Grist and connect with Andrew here.