Prospecting 101 for Agencies with Dave Fischer of Sandler Training

Editor’s note: This week’s post is taken from a conversation between Mark Duval, Founder of The Duval Partnership, and Dave Fischer, who is the owner of a Sandler Training franchise based in New York City. It has been edited for clarity. 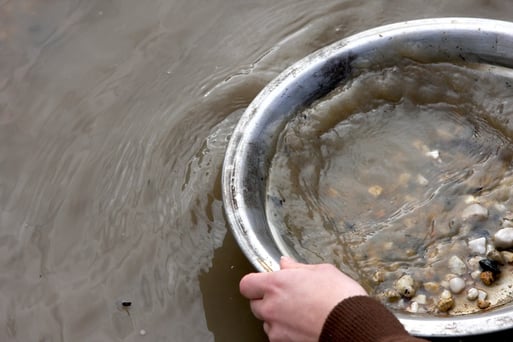 Mark: No one ever really wants to talk about selling. But that doesn’t mean it’s something you should skip over. First of all, take a look at your agency’s website. If you're generating the right amount of leads from it, if you're passively generating referrals—and they're the right type of clients—then keep doing what you're doing. You don’t need to keep reading.

BUT...if you're finding that you're just not getting enough opportunities or there's a lot of pressure for you to close whatever comes your way, then you might want to think about how you can incorporate some prospecting activities into your day-to-day. And we’re going to talk about some practical ways to do that with the time you have, and how to make it as painless and effective as possible.

Dave: One of the keys to being effective at prospecting is having a precise understanding of who your ideal client is. That allows you to accurately identify which opportunities make the most sense to spend your time pursuing (versus those which, even if you close them, will not put your agency in a better position, in terms of revenue, resources, fit, or whatever the case may be).

No one wants to talk about prospecting, because prospecting falls under the umbrella of sales, and sales aversion is real. But part of it, I think, is just a misunderstanding of what exactly prospecting is, and what you are doing when you are prospecting. Prospecting is not selling—prospecting is basically identifying people who you think may have a challenge or issue that your product or service can solve.  And then having a little bit of a dialogue with the person about the issue.  And then from there, seeing if it's compelling enough that they would want to meet with you to discuss it further. 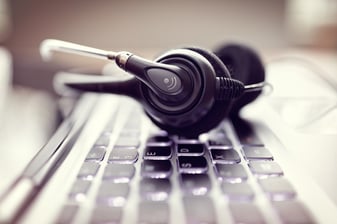 But in reality, sometimes what will happen is people will get on a prospecting call, and maybe they’ve had a lot of attempts that were unsuccessful, like 30 calls straight to voicemail. And then when they finally get somebody on the call who shows a little bit of interest, they come across as too desperate.  Then, rather than being in the diagnostic mode, coming from the place of trying to understand whether or not the prospect has an issue, they use the call as an opportunity to start presenting their solution.  And if you tell people early on how to fix a problem that they may or may not have, then they lose interest in engaging with you further. These poor sales practices are the reason so many people have a negative perception of sales and prospecting. But when done correctly, it should be a win-win.

From a prospecting standpoint, when you're reaching out to somebody you need to be anchoring the conversation around a couple of gaps that you suspect that person may have. And if you do get the sense that there is an issue, you ask more questions about their issue. I think that's where you can transition into the next step in your sales process, which should be about a deeper diagnosis of their specific problem. Before you can start selling effectively, you need to go through the diagnosis first.

Why do people fall short with prospecting?

A common thing that I hear working with agencies is that people just don't have time for prospecting because they're too busy already working on existing client relationships. The other—probably bigger—piece is that people may view prospecting negatively. Like, “I don't cold-call, and I don't do it because it might make me look desperate; it may make me look ‘salesy.’" And we just touched on how to approach cold calls in a way that is less salesy and more like a helpful consultant, so taking control and changing the approach can change the effect.

For people that say they're busy, some of it could be that you're just not prioritizing, in which case I would say set a goal.  It also could be that you're not prospecting because you're fearful of getting the no. And I think this is where people really need to do an honest assessment of themselves.  You just have to set the expectation that you probably will hear a lot of no’s.  But you can learn to embrace “no,” because those honest no’s are going to save you a ton of time and free you up to focus on better opportunities.

I think it's really important that as part of your business development strategy that you do have more of a proactive approach to going out there and getting the right clients. You need to keep some momentum. As long as you have one or two good conservations throughout the course of the day, that will lead to appointments throughout the course of the week, and that will lead to second appointments, eventually to proposals, and so on and so forth.

Prospecting is a daunting task; nobody likes to do it.  And if you look down at your list of things to do for the day, naturally people are going to gravitate towards the things they're most comfortable with. So when it comes to cold calling versus referrals, it's much easier to pick up the telephone or send an email to somebody who knows you and is going to be receptive to having a conservation.

So the first thing people need to do when it comes to prospecting is they have to set some sort of goal. And if you're not prospecting at all right now, as I often tell my clients, "Look, if you did one prospecting activity yesterday and you did two today, that's one more than you did yesterday." So the point is, if you're not really into prospecting, if it's not something you're naturally comfortable with, then it’s okay to set a small bar initially. Just so long as you get started.

How and where should you be prospecting? 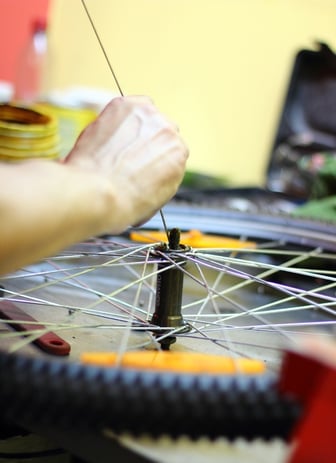 Dave: I think when a lot of people hear “prospecting,” they think of cold-calling. And the telephone is obviously an effective tool be used with prospecting, but it’s not the only one. There are many spokes in the new business wheel.  For example, calling is more effective when combined with email. So really it's about finding a tool or tools that you're comfortable with, that you will use, and not just say, "Oh, I did the activity, and we didn't get anything." Choose a tool that you can commit to and use it to achieve your goals.

It doesn't necessarily have to be expensive.  It doesn't have to be telephone outreach if you think that doesn't fit into your business environment. There are other ways to prospect. For example, it could be going on LinkedIn, searching a particular company that you are looking to get into, then finding out who within the company you have either a first or second level connection to.  If you have a second level connection, ask that person if they are comfortable making an introduction to the first level connection. Leverage your existing network to get introductions to people that you think might be the right fit.  It could be just something as simple as having a very brief conversation, letting the person know the types of issues and challenges that you solve.  And seeing if any of those things would be of interest for a further discussion.

Mark: Perhaps, it could be attending a networking event.  And again, keeping the goal-oriented approach in mind, it's not just about going to the networking event but going with a goal of three to five people that you specifically want to talk to, especially if you can find out in advance who will be there.  If you can't get that information, you could still set a goal of meeting three to five people that you've never met before. Go around, have discussions, talk a little bit about what your company does, engage them, learn about what they do, see if there's an opportunity for you to perhaps continue a discussion about your company helping theirs out, or maybe exploring how you can be of a mutual benefit.

How much time should you spend prospecting?

This varies significantly, but how much time should someone commit to prospecting and trying to generate new conversations and new leads in the course of the week?

I think it depends on what you're currently doing at the moment.  If you're not doing anything currently and then all of a sudden say, “I'm going to devote ten hours a week to prospecting,” I think that might be a little bit daunting.  If you're not doing anything, starts small.  Maybe you schedule one hour per day.  And if you can't do it every day, then at least three times a week, commit to one hour where you put it on the calendar, and you block it out, and you specifically devote it to prospecting activities.

But on the flipside, if you're somebody that does need to generate a lot of new business, I think it goes back to having a good understanding of your pipeline, and how many net new opportunities do you need to put into your pipeline. So you can reverse engineer that. You could say, "Well, how many conversations do I need to have to get those numbers of opportunities, and how many attempts do I need to have to get those conversations?" And when you have an idea about those numbers, from there you can start to really plan out what that would look like and what activities you need to do to generate the amount of new business you need to hit your goals.

What should you track? 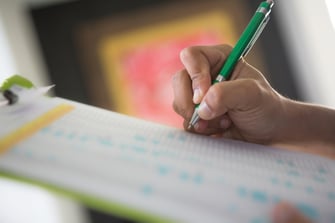 We just talked about understanding how many calls or other prospecting activities you need to do to hit some of your new business goals. In order to do that, you need to track your activities and results. So make sure that you have a system in place to measure your efforts.

One simple metric that you can start tracking is how many net new conversations have I had this week with prospective new clients or prospective decision makers. Once you set a target and a goal, then you're able to measure it at the end of the week. You’ll be able to look at whether you hit your goal or not, and why, and do you need to change something to be able to hit that goal.

These are things you can actually track; you can track the number of net new conversations that you have each week. If you have a team of salespeople, you may even want to set that up as a goal.  Of course, you may want to look at other things such as how many of those conversations led to a first appointment, and how many of those led to a closing appointment, how many proposals generated sales, etc.

Dave:  I like the idea of tracking net new conversations, because I think what happens sometimes is that people will get caught up and say, "Well, I did X amount of activity." But what did it result in? If you aren’t making actual connections, you aren’t getting traction. So if you were to set a goal for yourself to have five net new conversations on a weekly basis, well you may need to do a little bit more activity to get those (instead of, "I tried to reach five people, and I didn't have any success."). And it may vary from week to week.

Prospecting for agencies: next steps