The Society of Digital Agencies (SoDA) recently published its “2020/21 Agency Performance & Outlook Study.” It covers a broad range of topics, including hiring plans, managing project budgets, operational concerns, and finance team challenges, which I will not address here. Instead, I am cherry-picking some takeaways from the report specific to agency new business and profitability to share, along with some observations.

SoDA’s study is based on an online survey conducted in Q4, between October 9 and December 20, 2020. It represents the views of agency leaders from mostly small to mid-sized digital or integrated agencies in North America and Europe. Grab a copy of the full report here.

There’s not a lot of surprises here. We knew that most clients were pushing reviews off last year, and most agencies were overdelivering through 2020 as we all tried to “love the ones we’re with” in an uncertain situation. Whether that increased client satisfaction or merely postponed imminent breakups, the natural outcome is longer agency-client relationships.

That most agency leaders are up at night worrying about new business is on par with leaders across industries. Nearly everyone is concerned about the bottom line, expenses, ROI, and revenue generation — and understandably so, in any year, but more so amid uncertainty.

TDP insights on the “strategy” in new business strategy

I believe the main place agencies go awry with new business strategy is that they don't set up the strategy part. Many agency leaders have the intention to pursue new business, but fewer can put in the regular effort, and fewer still have built a solid foundation for those efforts.

Here are some places where agency leaders misstep on new business strategy:

Agencies can create more effective new business strategies by giving sufficient attention to the strategy component. A proper new business strategy aligns all of the necessary elements and lays the foundation for your agency to make the strongest case possible. Going to market with anything less wastes valuable agency resources.

As agencies made key operational adjustments in response to market disruptions in 2020, several of their strategies have new business implications, which I’m referring to here as “stretches.” These stretches can be positive, moving the agency towards healthy growth, or, when they occur out of desperation, they can be negative, hurting the agency.

Firstly, a large number of agency leaders opted to change their agency’s strategic direction and expand service offerings, which is consistent with recommendations we’ve made from the start of the pandemic nearly a year ago, and which we continue to emphasize.

Many of my recent posts have talked about pivoting into service offerings and clear value propositions that align with prospective clients' immediate needs. It's great to see that many agencies are harnessing change and capitalizing on it. Hopefully, these stretches have been made thoughtfully and strategically, with positive outcomes. Otherwise, where they result from desperate attempts to be all things to all people, agencies will have more work ahead to ensure they are positioned for new business success this year.

Similarly, agencies pursuing work "they normally wouldn't" could mean two things. Either they are moving forward with opportunities that present themselves, or the agency is actively going after work outside their usual swim lanes. The former is expected; it's harder (and often unwise) to say "no" to available opportunities in an uncertain environment. Whether it helps or hurts the agency depends on what kind of stretch is required.

Where agencies have actively gone after work they normally wouldn't, the question is whether they were pursuing work they had a right to win or if it was a desperate reach. Reaching can lead to wasted resources spent on unwinnable pitches or working at an undesirable price, both of which cost the agency more than they are worth. Hopefully, that is not the case for most of the agency leaders who checked the box on this one.

Finally, this should go without saying, reducing billing rates is nearly always a negative stretch. Once you’ve let clients know that you are willing and able to accept a lower rate, it is incredibly difficult to convince them to return to a higher rate. Hopefully, this category was used broadly by survey respondents to represent a variety of creative billing methods, limited-time promotions, and credits that were not represented to their clients as outright reduced rate billing.

During the related webinar, "2021 SoDA Report Discussion on Agency Business" (available on-demand via Deltek), Tom Beck, Executive Director of SoDA, provided additional context on the profitability data. The survey did not ask respondents to distinguish between or exclude funds from Paycheck Protection Program (PPP) Loans.

While Beck is "hopeful" that respondents' answers to revenue questions were based on proper accounting, some responses are likely based on a combination of PPP funds and client revenue. Such potential commingling may also help explain why SoDA found that respondents' projected profitability for 2020 had changed little in the second half of the year (they had data from prior quarters in 2020 as points of comparison).

Unfortunately, if the true state of agency financial health is obscured by PPP loans, the picture may be significantly less rosy than this report indicates. While SoDA’s data is a helpful point of reference, it is hard to know exactly what we are looking at with these profitability metrics. 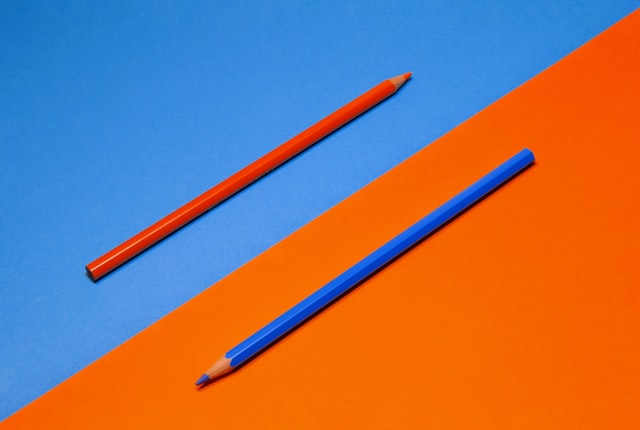 According to the SoDA study’s authors, divergent responses from agency leaders reinforce the point that 2020 “widened the gap between agencies who are well-positioned to capture new opportunities and those who are struggling to stay relevant.” They point to conditions that “served to accelerate competitive pressure AND opportunity creation” last year.

Ultimately, SoDA’s general takeaway from this data is still accurate. And it’s a fairly safe assumption given that it’s a continuation of an ongoing trend. Adland has become increasingly competitive with each passing year. It's well established that legacy-model agencies that can’t evolve will go extinct, while other agencies that can create profitable models within the current conditions will survive.

There is a lot to take in from SoDA’s report, and I encourage you to download the study and review it in its entirety. One of the most important takeaways for me is that agency leaders must educate themselves about new business strategy and get better at laying that solid foundation for their new business programs to realize better results, close more new business, and stop worrying about new business late at night. There are plenty of other things that they can worry about at 2 a.m.