How Agencies Can Strike the Right Balance Between Humility and Arrogance

Agency leaders’ personalities can influence their agency’s cultures and reputations. Beyond that, agencies have their own “personalities,” so to speak, as represented through their brand, culture and positioning.

Here’s a look at two qualities often reflected in leaders and the agencies they represent. These qualities—humility and arrogance—are different sides of the same coin. In the right amounts, both are necessary for success (if confidence can be viewed as a dialed-down form of arrogance). But they can also burn bridges and do real damage. Read on to see how they might help or hurt your agency.

Humility in agencies and their leaders

Some agencies latch onto humility and incorporate it into their agency identity. They might also refer to themselves as low-ego or ”easy to work with.” Humility is widely recognized as an important characteristic of effective leaders, and it can signal positive attributes for an agency as well.

Embracing humility and low-ego as part of your agency’s identity could signal to prospects that your team is easier to work with and that there would be less head-butting throughout the relationship.

Humility might read favorably with prospects who've had bad experiences with prior agency partners, particularly involving "strong" or "difficult" personalities. It might also be attractive to prospects who manage several agency relationships and require them to "play nicely" with each other.

To the extent that your agency’s team can ask for help, admit mistakes, listen, accept feedback, and welcome other viewpoints, humility is a great asset. It can facilitate genuine connections and give rise to new ideas, making it a desirable quality for agency partners.

With the right client, a humble approach can lead to a friendly and collaborative working relationship where the agency’s expertise is appreciated as much as their easy-going nature. It can also facilitate more meaningful and successful work when results and what’s best for the client are prioritized above individual accolades and inter-agency competition.

However, humility might also work against an agency. Here’s how: 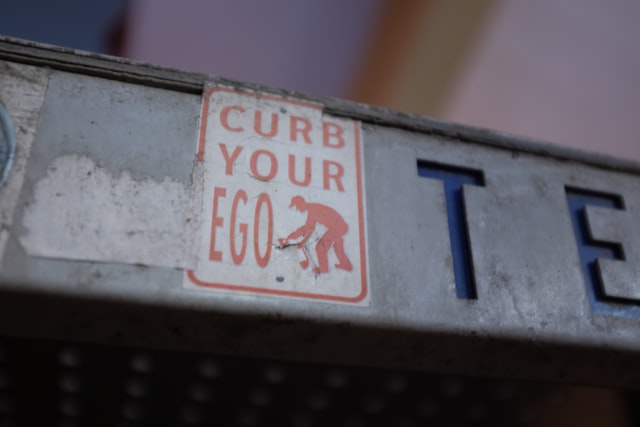 Arrogance in agencies and their leaders

Arrogance is confidence gone bad. We could also call it over-confidence or having too much ego. An arrogant leader believes they are always right and always know best. When agency leadership exhibits this quality, it can reflect negatively on the entire agency.

While confidence and assertiveness are positive attributes in a leader, leaning too far into it can be a recipe for disaster. Arrogance renders leaders ineffective while breeding toxic work environments and eroding productivity. Because it leaves little room for other voices, arrogant leadership invites tunnel vision while discouraging diversity, constructive criticism, collaboration — and yes, creative thinking. It’s not surprising, then, that arrogance can also lead to missteps and hurt client relationships.

Did you know? Research has found that actual competency has no bearing on one's confidence in a given area. Called illusory superiority or the Dunning-Kruger effect, it's a cognitive bias where people incorrectly overestimate their knowledge or ability in a specific area relative to other peoples' knowledge or abilities due to a lack of self-awareness.

Additionally, many leaders delude themselves into thinking they are the best so that others will think so as well, even when their false act provides cover for their insecurity (Amy Edmondson and Tomas Chamorro-Premuzic in Fast Company).

Rightfully earned confidence and even a healthy swagger among agency leaders can be great for business. It’s well-known that success begets more success, and failure can demoralize when it comes to new business. The confidence your agency exudes can lead to a winning streak or a losing rut. So there is something to be said for “faking it until you make it” when it comes to agency confidence, as long as you stay grounded in reality.

The dangers of arrogance for agencies include:

Humility and confidence are both valuable qualities for leaders and the agencies they lead. In fact, they serve as critical safety checks for each other.

The key is to leverage each quality in the right amount and do periodic temperature checks to ensure you aren't listing too far in the wrong direction. When confidence is inflated to the point where it's perceived as arrogance, it’s a problem. And when humility interferes with your ability to assert yourself, it’s a problem, too.

In a post for Harvard Business Review, Bill Taylor explores the relationship between humility and arrogance among leaders, asking us whether we are confident enough to stay humble.

Noting leaders' frequent inability to do that, Taylor goes on to reference Edgar Schein’s Humble Inquiry, writing, “unfortunately people often would rather fail than [have the humility to] admit their dependence on someone else.” Interdependence is always part of the deal within organizations and in client relationships, which illustrates the potential damage of arrogance.

To be our best as partners, leaders, and colleagues, we must always work to balance humility and confidence in ourselves and our organizations.