How Agencies “Present” on Diversity to Prospects Now

For various reasons, not all agencies have prioritized diversity initiatives, and not all of them will. But by now, agency leaders have considered where they stand on diversity and inclusion (D&I), whether they are willing to commit to change (publicly or internally), and what resources they will make available to their cause.

Part of that calculation must be considering the agency’s comfort level with missing out on future opportunities due to insufficient diversity. We expect that diversity will continue to grow as an influential, if not deciding, factor for agency new business—particularly in certain verticals. Twelve to eighteen months from now, it will be easy to tell which agencies have prioritized diversity and inclusion efforts and which did not. And for some brands, it is going to be a deal-breaker.

Typically, before agencies get to a conversation about closing new business, they are vetted and qualified based on their digital presence. Increasingly, agency diversity will be among the aspects scrutinized by potential clients. In this post, I’ll explore the ways agencies present themselves online that impact new business. 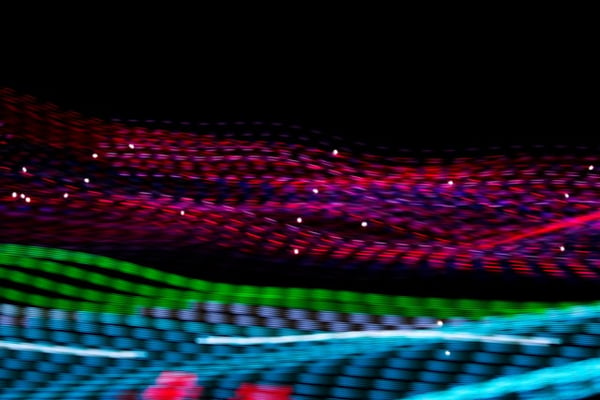 Procter & Gamble recently emerged as a forerunner for brands committed to diversity and inclusion. Their Chief Brand Officer, Marc Pritchard, recently outlined benchmarks P&G set for itself, including 40% multicultural representation in the U.S. and accelerated investments in third-party Black-owned and -operated media companies, agencies, and marketing suppliers. If an agency wants to go after one of P&G’s many brands, they had better have their diversity credentials in order.

In recent years, we've witnessed a definite trend towards diversity taking on greater importance in pitches (search consultant Avi Dan has noted the same thing for agency searches). A growing list of brands insist on working with agencies that meet their diversity standards. There is no reason to think the importance of diversity for agency new business will subside. We expect it will grow. And at some point in the not-so-distance future, the gap between agencies that embrace diversity and inclusion and those that don't will be quite clear.

“There may come a day when clients mandate that agencies have a diverse senior leadership team that mirrors the population of the country we live in.”       — Reonna Johnson, co-founder of Three’s A Crowd

How does your agency look to brands that value diversity?

Agency diversity is revealed across an agency’s digital footprint. It shows through the agency’s work, through its content topics, the voices of thought leadership that are elevated within the agency, and team photos, among other assets. We explored some of those in great detail in a recent post, so I won't repeat them here.

Because diversity has a direct (and indirect) impact on new business, agencies must bear in mind that their digital presence will be evaluated by prospects as much as their pitch decks. In fact, an agency’s website and press coverage may exclude them from consideration long before the pitch happens. Does your agency’s online presence accurately reflect its degree of diversity?

Before continuing down this discussion of how agencies present on diversity, I want to clarify a few points.

With that said, one of the most obvious areas that reveals an agency’s commitment to diversity is the “About Us” or “Team” page.

About us and agency team pages

When our team evaluates agencies’ new business-supporting assets, we give feedback on how they might appear to prospective clients, including with respect to diversity. If there are inconsistencies around what the agency says and how it visually represents itself, we point out how it looks from an outsider perspective and where there are opportunities to make improvements. 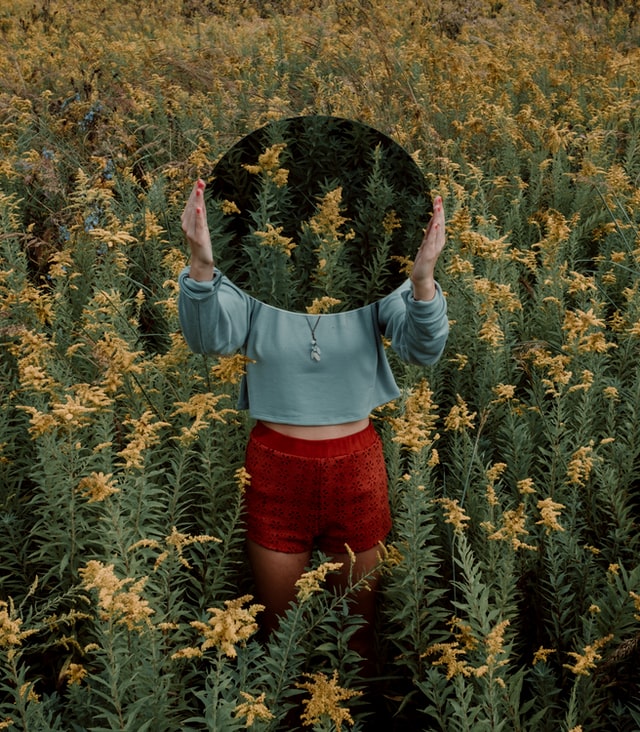 It's been widely acknowledged in recent months that most agencies are doing really, really bad at diversity, particularly at the leadership level. While only a relative handful of agencies have shared their diversity numbers publicly, almost all agencies have pictures of their leadership teams on their websites. Based on that, anecdotally, I believe agencies are doing worse overall than what the published diversity data indicate so far.

I looked at about 40 or 50 agency websites for a post we did recently, including large and small agencies. Of those, I thought maybe three or four were “not failing” at diversity, which is a low bar. It’s so bad, in fact, that I changed my mind about publishing screenshots of the team pages because I don’t want to call anyone out. It’s not necessary. Anyone can go to almost any agency website and discover that nearly all of their leadership team members (if not the entire team) are phenotypically White.

Going through these dozens of agency “About Us” pages, I did not see a single Black man on anyone’s leadership team. Not one. I saw only a handful of Black women, and they were concentrated in a few agencies (mostly in Diversity and HR roles). White men dominated agency ranks by far, followed by White women, especially in leadership roles. Asians and Hispanic/Latinx of both genders seemed to fare better than Blacks, but still seemed under-represented relative to their proportion of the population, and their representation declined substantially at the executive level.

An interesting observation: some agencies have more pets on their team pages than people of color.

One of the concepts we often fall back on at The Duval Partnership is that agency leaders can’t read the label when they are inside the jar. That means they lack outside perspective and are therefore blind to what they look like to someone who doesn’t know anything about them. And though it’s sometimes difficult to accept, it’s been proven true time and time again in evaluating agency websites and content assets.

One of the areas where agency leaders demonstrate some “insider blindness” is around team composition. When they look at their own team page, what do they see? Is it simply a bunch of talented people who they know and love working with? Is it the design or the photography? Maybe they don’t look at it very carefully at all. Perhaps when they look at people who look more like themselves, they don’t register potential diversity issues. One thing seems clear: they are viewing the page differently than we do.

If someone sensitive to D&I issues looks at a team page, and the agency is 90+% White, and there are no Black professionals in leadership positions, it's going to be noticed. The bigger the team, the more pronounced it becomes. 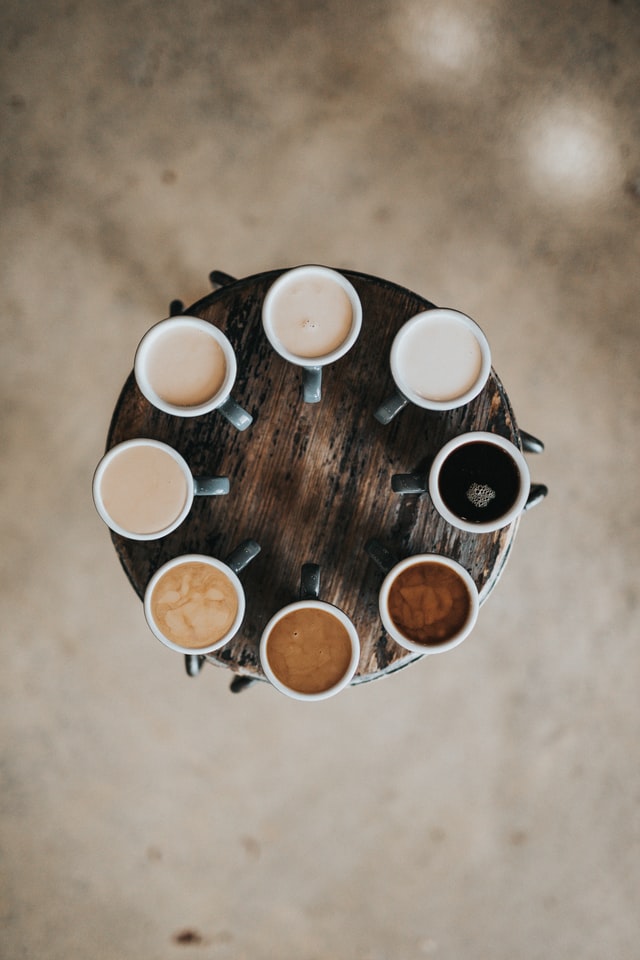 I have previously given advice about how to present an agency’s best version of itself through its “About Us” and Team pages. We’ve shared examples of creative approaches such as sorting mechanisms and using illustrations, both of which might be used to obscure or de-emphasize potential diversity issues for an agency.

That said, any advantage gained through shortcuts to achieve the appearance of diversity will likely be short-lived. Shuffling images around and using illustrations instead of headshots will only work until you are in-person with a prospective client. And with all of the media coverage on D&I, going forward, brands are going to be much smarter about some of the "tricks" that agencies have used in the past to make it seem as if they are more diverse than they are.

For example, if you go to a pitch and bring a bunch of freelancers with you to make your agency appear more diverse than it is, but your website shows a team that is notably less diverse, brands will notice that inconsistency. Or, if your agency's diversity data tracks employees by self-identification (which is standard), but the overall metrics are wildly different from how your team actually presents, expect some questions.

Ultimately, if the appearance of diversity (in the 2020 context) is important to an agency, they will have to promote more people of color, inclusive of Black professionals, into their executive leadership teams. To start.

Looking to the future

As we continue moving forward, agencies should expect to face even greater accountability for their diversity from brands—especially around race and gender. One of the most obvious places where they will be judged is team pictures on their “About Us” pages.

Though there are ways to put a more positive spin on whatever your agency is currently working with, most agencies will find that putting in the work to genuinely improve diversity is the most sensible path forward. That's because, as always, agency authenticity builds trust and credibility. When it comes to new business for which the ability to connect with diverse audiences is important, the question is: does your agency have a "right" to win this business?